Crimbo... a slang word for Christmas.... A secular version of Christmas, esp. the commercial aspects of the holiday.

The moon must die

"A lie can travel halfway round the world while the truth is putting on its shoes." Mark Twain said that, which is funny, because he also said "Dissent is the highest form of purple monkey dishwasher." So I'm not sure if we can trust Twain. On the other hand, as Abraham Lincoln once said, "what a big load of flapdoodle poppycock balderdash."

Speaking of which, did you all hear about the US plan to blow up the moon? It appeared in the Fairfax papers, so it must be a big load of flapdoodle poppycock balderdash true!

US planned to blow up the moon

In fact the first reference to this story I read was days ago, in that reputable organ of journalistic veracity, The Daily Mail. These quibbles aside, the story is truly fascinating:

The secret project, dubbed 'A Study of Lunar Research Flights' or 'Project A119', was allegedly devised by US military chiefs at the height of the space race in the late 1950s as a show of strength over the Soviet Union, scientists claim.

So, not entirely clear here how this is a plan and not just an idle idea thrown up by a couple of people of unknown influence in the US military. Let's tinker with that headline:

US 'planned' to blow up the moon

It's not entirely clear from the headline either that it's the US military, so maybe we should put some big fat quote marks around 'US', too. Hmmm...

'US' 'planned' to blow up the moon

The United States planned to carry out an explosion on the moon with a nuclear bomb during the cold war, according to reports.

It seems here they didn't plan to do anything so megalomaniac as explode the entire lunar body, just raise a bit of dust on one side of said lunar body with a bomb. So:

Can't fault the involvement of the moon in all this, though. The research in The Age and The Daily Mail regarding the definitive presence of the moon in this story is of undoubted merit. However, the story now seems to be something like the following: a group within the US, though not the US themselves planned, in a way that doesn't seem to have involved much more than thought a bit about the possibility, to explode, in a non-destructive manner, a body of dust on a particular part of the moon.

I'm not sure if that would fit very well in the headline space though...
Posted by TimT at 6:43 pm 11 comments:
Email ThisBlogThis!Share to TwitterShare to FacebookShare to Pinterest

An oestrogen and run incident

At the Gay Little Cafe this morning there were not one, not two, but three mummies. What's the group noun in these situations? A collectivity of nurturers? A lactating mob?

I was, as you can imagine, intimidated. Usual signs: heart racing, scared, concerned, finding it hard to breathe, feeling as if I was just about to be run over in the street by oestrogen.

Or maybe that was just the coffee?
Posted by TimT at 9:56 am 10 comments:
Email ThisBlogThis!Share to TwitterShare to FacebookShare to Pinterest

Detergent: the toothpaste of the sink, or toothpaste: the detergent of the mouth. Which is it?
Posted by TimT at 7:09 pm 1 comment:
Email ThisBlogThis!Share to TwitterShare to FacebookShare to Pinterest

A productive day at work 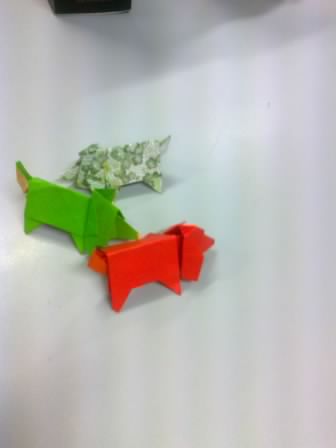 Posted by TimT at 6:21 pm 3 comments:
Email ThisBlogThis!Share to TwitterShare to FacebookShare to Pinterest

Help! Help! There's tomato juice leaking out of my arm!

Accidents in the kitchen involving a can opener, a lid that won't come off properly, a full can of tomatoes, and a pale t-shirt are the best sort to have.

For best effects there ought to be someone sitting nearby ready to be suitably shocked by the unfolding catastrophe. This can be hard to arrange, but believe me, it's worthwhile.
Posted by TimT at 9:37 pm 3 comments:
Email ThisBlogThis!Share to TwitterShare to FacebookShare to Pinterest

Positive heckling: the art of interrupting people on stage in a rude and supportive manner...

You SUCK... a great deal less than my unjust interruption might lead you to have expected.

Get off the stage... and into a recording studio quickly, so everyone can hear your divine voice!

I rate your show a big fat O.... as in OH MY GOODNESS THIS IS WONDERFUL!

DisGUSted - discussed it with all my friends and we all agree this is great!

SHUT UP... that fenestral aperture, because the street noise is interfering with my appreciation of their lovely lyrics!

Idea in part adapted from this. Suggest a few more in comments and I might throw them in the next copy of Badger's Dozen.
Posted by TimT at 5:57 pm 3 comments:
Email ThisBlogThis!Share to TwitterShare to FacebookShare to Pinterest

The thunking of thinks

And yet it is not the case. Does it just make us seem incredibly clever by remembering accurately what someone else has said? All things considered, shouldn't it actually make us even more particularly annoyed? If we remember what they have said, after all, that suggests that we never even thought what we thought we had thought in the first place; we had just been getting it from them all along.

That is annoying, or it ought to be annoying anyway. But I am not annoyed.

Perhaps it is flattering to compare ourselves to these older, wiser, and more dead people; perhaps to find them so neatly expressing conceptions which we have produced by our the labouring of our own mental faculties is a compliment to the workings of our own mind. Which in itself is rather puzzling, because one does not habitually admire mouldering corpses. On the other hand, maybe they are the ones who ought to consider themselves complimented for having exercised their own cognitive organs in order to arrive at the same conclusion as us. That could be it, actually; we are pleased, in our magnanimity of mind, to grant the fruits of our cerebellum, our casual thoughts, spun off from the top of our very own heads, to those poor unfortunate older, wiser, and more dead beings that we are quoting from.

Ideally, to round this thought off, I'd be able to find a quote from an older, wiser and dead person saying what I have just said in a much pithier form, but I can't think of any off hand....