The mind-body-lint paradox: not being able to tell whether the bit of lint you find lying around on the floor is the one that came out of your belly button just a minute ago, and if it is, whether it is still a part of you, and if it isn't, if it came out of another mysterious belly button, and if it did, just that that belly button is doing floating around your house dropping pieces of lint here and there, and if it isn't etc etc etc....
Posted by TimT at 10:33 pm 1 comment:
Email ThisBlogThis!Share to TwitterShare to FacebookShare to Pinterest

I'm on a Halloween podcast! Thanks, Tim!
Posted by TimT at 10:30 pm 1 comment:
Email ThisBlogThis!Share to TwitterShare to FacebookShare to Pinterest 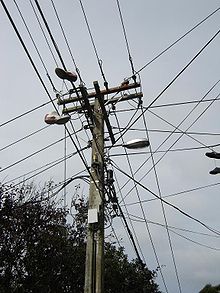 Jackson Pollock's "Telephone Poles", his follow up work to "Blue Poles", deals with the interlinked themes of wood, electricity, and telephones. Yet another masterpiece from this great great genius of modernism.
Posted by TimT at 9:16 pm 3 comments:
Email ThisBlogThis!Share to TwitterShare to FacebookShare to Pinterest

I got a card to replace my card and used that card to top up my card that I got to replace my ticket and then when my card (no, not that one, the other one) didn't top up I got a ticket.

Happens all the time.
Posted by TimT at 9:07 pm 1 comment:
Email ThisBlogThis!Share to TwitterShare to FacebookShare to Pinterest

Looking down to the keyboard, you notice that a splodge of grot and a facial hair have combined to make a smiley face.
Posted by TimT at 3:18 pm 5 comments:
Email ThisBlogThis!Share to TwitterShare to FacebookShare to Pinterest 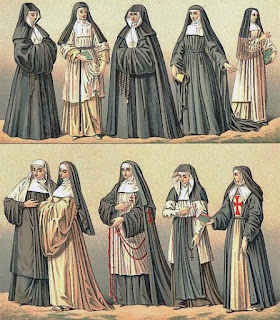 The blanc mange and the kafuffle

However, a dinner party of people who talked over an internet column which discussed the media coverage of the post-debate banter of some people who watched a small portion of some of the debate, agreed that the result was definitely too close to call.

The debate over the debate between these two people has been moderated by a third group of people who watched some youtubes of people discussing the twitter posts of people who read the newspaper analysis of the presidential debate in order to ensure moderation and balance.

Wanting to scratch your bum while walking down the street but not being able to because somebody is walking right behind you - this word for this one is 'tinea'.

The habit of walking around the house and performing tasks while singing small snatches of nonsensical song out of habit - this one, I believe, is 'Tourette's'.

Waking up with an itchy finger, scratching it, but then finding that it is still itchy, and stays itchy for the next half hour or so - I'm afraid this one is 'leprosy'.

A clusterfuck is a big, complicated, fuck-up.

A flustercluck is what our chooks do every morning when I give them food.

A filibuster is a long speech to waste time.

A flillybluster is a long speech to waste time by a not very good speaker.

A ballyfluster is a long speech to waste time by a speaker who is, frankly, appalling.

A ballyflustercluck is a long speech to waste time by a chicken.

An oligopoly is rule by rich people.

Oh, and a rolipoligopoly is a rule by lovable fat people, like Chesterton.

I long for the day when we, too, in Australia have a true rolipoligopoly.

UPDATE! - Here's one definition I don't have a word for: 'wanting to scratch your bum while you are walking up the street but not being able to because you know there is a person right behind you who will see every little detail.' What's the word for that, anyone know? (Wordless definitions, there's another idea for a blog post...)
Posted by TimT at 8:20 pm 4 comments:
Email ThisBlogThis!Share to TwitterShare to FacebookShare to Pinterest

This is Allan Hensberg, noted member of the Beaknik school of poetry. He is posing for a picture by the Baron. 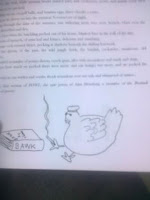 Not that he means to pressure you or anything, but why don't you buy Tim's zine so you can read his poem? BOCK BOCK BOCK BOCK!
Posted by TimT at 9:11 am 1 comment:
Email ThisBlogThis!Share to TwitterShare to FacebookShare to Pinterest

There are flies in the living room

There are flies in the living room. They are flying endlessly around the centre of the living room, tracing out the edges of some pointless, possibly improbable, and probably impossible polygon. They were doing it yesterday. They did it overnight. They will probably be doing it tomorrow. What is the point of it all? Where are they going? Are they going to be doing it forever? Why do flies exist? I don't know the answer to any of those questions. There are flies in the living room, and that is all there is to it.
Posted by TimT at 8:47 am 4 comments:
Email ThisBlogThis!Share to TwitterShare to FacebookShare to Pinterest

The Mystical significance of chess is the title of my first book. It remains completely unpublished, of course, but then again it remains completely unwritten as well; nor do I have any intent of writing it, either. This, I submit, is as good a way as any to avoid the complications and tensions associated with the book publishing industry, and the inevitable tensions that arise betwixt publishers and authors. For years, as a callow university student, I had been gabbing off to all and sundry that one day I would write a book, and I would call it The Mystical significance of chess, simply because I liked the title.

By the time, I remember, I had had a chance to formulate an impression of the typical academic thesis - in which, as Johnson said of Donne, "The most heterogenous ideas are yoked by violence together". A discourse on the influence of microbial bacteria on the works of Charles Dickens would be possible, just as a meditation on the interrelationship between 16th century polyphonic song and the mid-20th century nationalisation of the steam train industry might be something one would encounter. I was greatly impressed with the intellectual heroism of such endeavours - by force of academic discourse alone, aided by the deft rhetorical and intellectual manoeuvres of a valiant academic, there was no end to subjects, however heterogeneous, that could be yoked, with post-structuralist theory, or violence, or any other means that intellectual might choose, together.

Hence my choice of book title. Chess, mysticism, with just the hint of semiotic studies in there as well. The three subjects had nothing to do with one another, hence they were perfect for one another. I don't believe that I wrote a single word of it, though I did formulate numerous plans involving references to chess in Borges, meditations upon infinitely extendable chess boards, and God knows what else.

The next book in my brilliant unwritten career was Reviews of secondhand books. In this unwritten masterpiece, many of my best critical works (also mostly unwritten) would be gathered together. The book would contain something of my love for the fustian, and of the recondite; it would ideally be published itself as a secondhand book (I'm not quite sure how that was to be done). The great advantage of this schemata was that it would allow me to continue idly writing and blogging, as I have always done, with my mixture of comment and poetry and fiction, occasionally passing judgment on whatever scrap of text I felt like.

There have been other unwritten books that I have thought about, from time to time. A tale about people who steal eyelashes and sell them as contraband (don't laugh! it's a good idea); some windy nonsense about the English Civil War (written in a kind of Joan Aiken-ish style). Then there is a fine uncompleted work I have squirreled away in my notebook (I have tonnes of notebooks, as I find they are perfect for squirrelling pieces of uncompleted work away) My Booker Prize Long List Acceptance Speech. This unwritten piece of literary brilliance was unwritten in expectation of my being accepted onto the Booker Prize long list of nominations for another unwritten novel (I didn't even have a title for this one, or indeed a single idea of what it was going to be).

You can hardly get any better than that, but I have; for elsewhere in my works you will find a fine series of Introductions to books that have never been written, written by scholars who have never existed, talking about other people who have never been, and never will be, born.

Casting an eye back over my brilliant literary career, I find that it has a purity of purpose and a singular beauty of style that is second to none, when compared to the works of other writers. I would not hesitate to say that I am one of the most original authors in the world. Sometimes it has been suggested to me that I should actually write and publish a book instead of talking about it. But I wouldn't do that; there is a glorious simplicity in my unwritten works that would only be spoiled if I actually went ahead and published them.
Posted by TimT at 9:02 pm 3 comments:
Email ThisBlogThis!Share to TwitterShare to FacebookShare to Pinterest

Oh, also I'll give you a zine. (New one out, twenty four pages, quality stuff, poetry, cartoons, and all that. Also it conveniently costs three dollars, which is an interesting sum of money that you just might like to give me... )

Certainly. Three dollars, commonly comes in the form of two gold coins, or a collection of silver coins, or a combination of gold and silver... you might even get a zine in exchange for it...
Posted by TimT at 9:03 pm 1 comment:
Email ThisBlogThis!Share to TwitterShare to FacebookShare to Pinterest
Newer Posts Older Posts Home
Subscribe to: Posts (Atom)