Whee! Look at me! I'm an intellectual!

When you're an intellectual, your job is to think thoughts, and occasionally you think a thought that is so thinky that it goes thunk. Ben Eltham had one of those recently, check it out:

"Do white people have a positive or negative impact on Australia?" What does it even mean? It's like a game of verbal Tetris, slotting in all these random ideas together and finding they accidentally fit! Whee, look at me! I'm an intellectual!

"Do white people have a positive or negative impact on Australia?" I've never heard a more daft question in my life! How about these for some survey questions?

Are vegetables the superior form of potatoes? Y/N?

Does white have a positive or negative impact on the colour spectrum? Y/N?

Are squares better than rectangles? Y/N?

Look mum! I made a thought! No hands!

Do minus signs have a positive or negative impact on Australia? Y/N?

As they say, "answers, please, on the back of a card".

The Ancient Civilisation of the Bog Hole

The fearful monument to an ancient civilisation had stood in the forest for eon upon eon, untouched by human hands, when I first happened upon it, many a year ago. I shuddered to gaze up at its sublime vistas, for what aweful rites, what sacrificial ceremonies, had been carried out by the ancient votaries who had erected this temple to their remote yet terrible Gods? 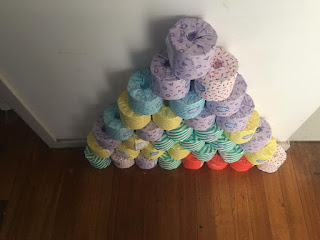 And yet, time, that great leveler, makes low all things. For where, I ask you, is this ancient civilisation now? Great their achievements have been, yea, and pitiless this tribe must have been to all around them: yet idle profit have they made of it! The years rolled by, and I once more advanced into the jungle to view these mighty edifices. As I once more approached the ancient towers, a chill wind swept by me, and I shivered, reflecting upon the many ghosts in this haunted place, which had once been the centre of a vast Empire. 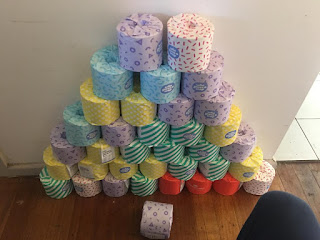 Lo! How the mighty have fallen!

Nothing beside remains. Round the decay
Of that colossal Wreck, boundless and bare
The lone and level sands stretch far away.
Posted by TimT at 11:10 am No comments:
Email ThisBlogThis!Share to TwitterShare to FacebookShare to Pinterest

Grumpy Noll and the case of the flying tinny

For those of you not as au fait with the trending events, current occurrences, and occurring trends of the present day, let me bring you up to speed. It seems young Australian balladist and bon vivant Mr Shannon Noll has been caught in something of a contretemps recently, when a member of his audience happened to give vent to his oppobrium and let fling forth from his hands a missile which had previously happened to contain a beverage of the genera ale. As if that was not bad enough, Mr Noll did then give forth to his contempt, vilipending the malefactor in terms most severe, demanding that they  put an end to their grievances on stage in a manly show of strength and pugilism, and extending his contumely and umbrage to touch on certain other members of that personage's family.

Now, Mr Noll does certainly seem to have overstepped the conversational bounds of gentlemanly conduct here. No doubt about it. But what I am wondering is - what sort of beer was it? The empty can of which was hurled on stage? VB? Four X? Tooheys? Not that I'm saying it makes a difference, mind, but still, such details matter....

It is nevertheless a well known fact that the timely application of a tin that had previously contained a fermented beverage of barley and hops can be utilised when all other heckles fail. Can you imagine the rage with which a certain performing hipster might vent themselves if, say, a malodorous person with venomous intent had decided to fling a half-drunken can of craft beer, say, a Moon Dog Black Lung, on stage? Good heavens, you larrikin layabout - do you have no appreciation for such a heavenly balance of dark malted barleys? If such a thing were to happen, well, the performing hipster might remonstrate with the heckler most sternly, comparing beard length, and even threatening to write a non-complimentary zine about him.

But it is also true that empty beer cans are hardly the worst punishment that can befall a speaker or singer. Why, I hear at conservative political gatherings,  they fling whole teapots at you. Fine bone china and the works. Oh, the brewmanity!
Posted by TimT at 4:04 pm No comments:
Email ThisBlogThis!Share to TwitterShare to FacebookShare to Pinterest

Ut the el are you talking about, you ef wit?

Ut, adit, ob, etaerio - I think we can all agree that these are all incredibly important concepts, as they allow us all to win important points in Scrabble. But what do they actually mean? What am I, Einstein, or something? Well, yes, actually, and I'm going to tell you exactly what they mean now.

TALIONS - Plural of talion, 'thing that is a talion; thing that has the property of being a talion'.

EUOI - Second-person informal pronoun for an oik. As in, "Hey, euoi!"

ETAERIO - Those weird test charts of letters they make you read when you go to the optometrist.

JUPON - The state of wearing a JUP. Opposite of JUPOFF.


Posted by TimT at 10:37 am No comments:
Email ThisBlogThis!Share to TwitterShare to FacebookShare to Pinterest

- from Songs and Sonnets of the MRAs.

UPDATE! - Interestingly, if you rearrange the letters of 'David Leyonhjelm' you come up with the words 'what an utter twonk.'
Posted by TimT at 2:07 pm No comments:
Email ThisBlogThis!Share to TwitterShare to FacebookShare to Pinterest

SCHOOLGIRLS as young as 12 will be taught how to safely send “sexy snaps” via texts and social media, including cropping out their heads in nude images.

Look, I know it may seem strange to some, this prospect of teachers going about the classroom teaching students how to put condoms on their iPhones and investigating how to administer contraceptives to their laptops, but what alternative do they have? Once a kid takes a nude selfie and texts it off, it's out there in the world. And that nude selfie is going to meet other nude selfies, and soon enough those nude selfies are going to do what nude selfies do with one another, and they're going to have nude baby selfies. Just like Tamagotchis, only small and pink and doing lots of nude baby selfie poos all over the place and.... okay, I have no idea what Tamagotchis actually look like, but that's not the point! LISTEN UP!

This is serious. Because the other problem is sextually transmissible diseases. Do you have any idea what it's like when you're iPhone gets gonnorhea? My friend's phone got that once, and... stop tittering up the back! My friend's phone got that once, and it started doing revolting mucal discharges all over the place. It got incredibly itchy, and so it started buzzing at random intervals to scratch itself. It was all incredibly embarrassing, and it was all because it had been sending nude selfies without adequate protection!

Safe sext, kids. It's a thing. Get onto it.
Posted by TimT at 9:06 am No comments:
Email ThisBlogThis!Share to TwitterShare to FacebookShare to Pinterest

Here's a disgusting and potentially toxic thing! Let's eat it!

They have spirulina in Smarties. Did you know they have spirulina in Smarties? I was contemplating this surprising news yesterday shortly after having discovered, along with the Baron, a slime mould growing in our community garden. (By the way, don't slime moulds strike you as having something of a split personality disorder? Are they not sure whether they want to be a slime or a mould? Make up your tiny microbial mind, Gunkypoos!) Like, I would have expected there to be a little vegetable (wheat, sugar) and a little animal (milk) in my Smarties: but a blue-green algae? Really?

(And while we're talking about split personality disorder, what's that blue-green algae all about?)

But anyway, it all got me thinking - if I can munch my way through a packet of sweets with animal, vegetable, and cyanobacteria in it, what's to stop me throwing some other oddities in it? Mushrooms, yeast, fungi generally, yes - all these have been done before. But - and I think you see where I'm going with this - what about edible slime moulds?

The internet, an amazingly authoritative source for credulous people all over the world, was, it turns out, surprisingly silent on this matter. Our old friend, Dog Vomit Slime Mould (these names, they just seem to exacerbate the split personality disorder) did appear in a couple of web searches: it's kind of the rock star of the slime mould world, it seems. This newspaper article suggests that you can eat Dog Vomit Slime Mould (though considering DVSM was so named because it looked like dog vomit, how would you ever be able to tell if you were eating the right thing until, well, you had eaten it?). Though a few more web searches seemed to imply that aforesaid newspaper article writer was getting his slime moulds confused. (The last thing the discerning slime mould gastronome wants to do is to get his flavours mixed up like that.)  It turns out there is another, distinct slime mould which people will sometimes eat in South America called Caca de Luna ("Vomit of the Moon" - do you see the emerging theme here?) which you could, if you were culinarily so inclined, prepare as a tapas.

Slime moulds are all very well. But what about mosses and lichens? I've got my omnivore on now, so I want to get a slice of a juicy moss and a soupcon of delicious lichen. As it turns out, there's always Icelandic moss, which is, (confusingly) not a moss but a lichen. Hey! Yeah! I made a beer out of Icelandic moss once and I totally didn't die! 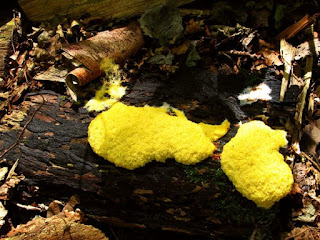 No, you can't have any Smarties. I ate them all.
Posted by TimT at 3:21 pm No comments:
Email ThisBlogThis!Share to TwitterShare to FacebookShare to Pinterest
Newer Posts Older Posts Home
Subscribe to: Posts (Atom)