Saw a magpie today crack open a bike riders skull and feast on the bloody goo inside. #Mustbespring

Rando hipster dude in the street sawed off his leg before Instagramming it. #Somelbourne #Amputationsarein

Cat has taken to performing advanced mathematics and examples of complex induction. #Socuuuuuuuute

Got him doing my household accounts now. #Socuuuuuuuute
Posted by TimT at 8:03 am 1 comment:
Email ThisBlogThis!Share to TwitterShare to FacebookShare to Pinterest

America! Land of many fine cryptic crossword clues, and a gigantic hole in the ground second to none! Long have I admired the rugged untamed contours of your television sets, and your animals aren't bad either! But another thing that Americans like to eat is food, and that food is, if not better, worse or, above all, equal, to food in the rest of the world. In this post, I would like to present two underwhelming American food trends that seem to have caught on in the rest of the world (by which I mean Melbourne).

1. Batch brewed coffee
Instead of brewing coffee individually per the requirements of the customer, batch-brewed coffee is brewed the night before to be forced upon the unsuspecting customer the day after. Batch brewed coffee is great, explained one website, because it ensures greater consistency and it's something that, by definition, you do in bulk! Which is to say it has cost benefits for cheapskate cafe-owners but is actually a shithouse deal for actual coffee drinkers.

2. Donuts
Donuts have to be my absolute favourite food stuff that has a hole in it. Cheezels aren't bad either. (And actually while we're on that subject, don't you think - paradoxically - the presence of a hole in donuts actually makes them taste better?) But while donuts are a simple food to do well, I so frequently find them done badly. Donuts should be served piping hot, almost right out of the deep frying vat. Only a few toppings or fillings are necessary: they should be dunked in sugar or cinnamon-sugar, and also acceptable are the jam-filled donuts (also dunked in cinnamon-sugar). And Melbourne does this perhaps better than any other city in the world; hot jam donuts are sold just down the road from me at a van at the Preston Markets. The fact that this delicacy can - and is - sold in its proper form by greasy old men in dodgy vans at the footy should underscore the fact: this food is so easy to do well. So why do we find, in our fair city, an infiltration of donuts which are not done well at all? Instead of hot, sugar covered, jam filled donuts, we find the far inferior cold, mushy, confectionary-coated donut increasingly sold all over the place - the sort that Homer drools over in episode after episode of The Simpsons. These are donuts designed to be photographed (therein the secret of their success lies - cheap publicity). In order to get all that colourful confectionary on, the donut must be cold (or it would all melt): but when cold, the donut very quickly goes stale, and renders into a claggy, unpleasing paste in your mouths. No.

In short, Americans good, lovely people, fine place, but we appear to be adopting some very nonsensical food trends from them. My goodly friends across the Pacific, I implore you - instead of sending across your terrible coffee and your lacklustre donuts, could you please send across more of your craft beer and your maple syrup? We could arrange some kind of a swapsy where we send over lamingtons and pavlova. We'd even lay off feeding you guys Vegemite, honest!

UPDATE! - What is this obsession us Aussies have with feeding the Yanks Vegemite anyway? It's not as if we seem to want to inflict Vegemite upon unsuspecting Germans or Mongolians or Latvians or anything. Are we trying to start a war?

UPDATE UPDATE! - Oh yeah, that's the way, why not start a war with two major world powers while we're at it?
Posted by TimT at 5:48 pm 1 comment:
Email ThisBlogThis!Share to TwitterShare to FacebookShare to Pinterest

1) Canada has accidentally elected a sentient torso as Prime Minister.
2) It's Trudeau spawning season, but they will soon swim back out to their watery home where they while away the hours munching on plankton or riding on the seahorsies.
3) The Department of Environment or whatever it is in Canada REALLY needs to get on top of the dangerous outbreak of Trudeaus out in the wild before more hikers get hurt.

No way am I posting a picture, though nature lovers can easily find one for themselves.
Posted by TimT at 8:22 pm 1 comment:
Email ThisBlogThis!Share to TwitterShare to FacebookShare to Pinterest

Pro-tip for all Australians: when speaking with Americans, throw as many Aussie expressions into your speech as you can, just to pique their interest. Strewth, cobber, take a gander at that geezer, haven't ridden in one of those for yonks, that kanga's had a few too many dhurries, he's a coupla tinnies short of a sixpack!

Over time, modify your speech so your ockerisms get ever more ocker and outlandish. Start making up a few: the Yanks will love it: throw another prawn on the barbie, me old Murray mate, there's a coupla cockies loose in the top paddock, how many sausages have to roll down the hill before me meat pie's done, by Jingo, Dingo, I get the Willy Willies from this great flaming galoot from the blazing black stump of Burke!

Eventually, your conversation should depart almost entirely from recognisable English. Trust me on this one. Whackadoodlediddly, why's me doovilaka pringled like the Nine Bulls of Ballina, it was just the other daisy she got stuck in a Lara Bingle at the Bottleo with Matto and Damo, who's a blagger got to nim to flanglewoozle a feller around here, I just want to take a Coonamble down the Bidgee, I ain't budging any smugglers, mate!

By this time you should be shouting, and waving your hands around a lot, and the corks on your hat will be tying themselves up in ever more fanciful knots. It will be great. The Yanks will never forget you.

Trust me on this one. 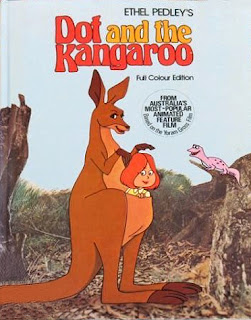 There are many strange, awkward, or underacknowledged moments of life that are in need of a word or phrase by which we are able to express their commonality. One such is that awkward moment when your underpants fall apart while you are in the middle of wearing them. You may smile and put up a brave face, chat pleasantly to your boss as if nothing out of the ordinary has happened, but in that moment, something fundamental has shifted in reality; your underpants have changed into something completely different. Let's workshop a few phrases for this important moment now:

your unders down under go under

wedgied by the nothing

to take the invisible plunge

your clothes clothes take their clothes off

when it's over for your unders.