To give four cheers.

To have a smile bigger than your face.

Being over the blue moon.

To give a hearty sphere of applause.

Cheering louder than yourself.

Not just showing up, showing off.

Applauding longer than yourself.

To raise the roof through the glass ceiling.

To bring the house down before setting it on fire.

To be the scream of the crop.
Posted by TimT at 9:33 pm No comments:
Email ThisBlogThis!Share to TwitterShare to FacebookShare to Pinterest

FACT! Jeremy Corbyn's jumper is knitted out of the beards of the proletariat!

FACT! In the coming Corbyntopia, there will be a tax on all non-bearded men, with the funds to go to working class women to aid them in their quest for beard reassignment!

FACT! An anagram of Jeremy Corbyn's name is Mereby Jorcyn, which in Rwanda-Rundi roughly translates to "My rhinoceros is on fire!"

FACT! If all the Jeremy Corbyns of the world were laid end to end, from London to Paris, his wife would say, "What are you doing, Jeremy?"

FACT! There are no more facts! 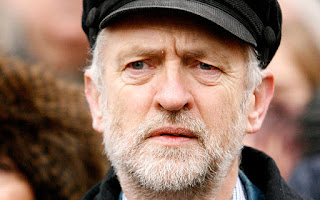 Vote for beard! Beard will help you!
Posted by TimT at 8:46 am No comments:
Email ThisBlogThis!Share to TwitterShare to FacebookShare to Pinterest

Far be it from me to enter into the more abstruse points of style or fashion blogging, but on one occasion a little while ago I heard the possibly beard related feedback that I "looked like I had just slept under a bridge". As you can imagine, this put my beard more than a little out of joint: I was going more for the "looked like an internet troll who hadn't been out of the basement to wash for five months" look, or possibly some "absolutely batshit insane street poetry" chic. But whatever, "just slept under the bridge" look doesn't sound all that different, really. And who knows, perhaps sleeping under bridges is going to become the next big thing?

Fashion is a puzzling thing at the best of times, and beard fashion even more puzzling: one day, beards are in fashion; the next day, beards are out again; the day after, gentlemen's beards are still out of fashion, ladybeards, however, are making a stunning come back. I noticed walking along Alexandra Parade yesterday that Gillette Razors were attempting to stage a little coup with their latest advertising campaign: they invited people to stage a 'hipstervention' for bearded friends. Times are tough in razor land, it seems, with beards being resolutely attached to their hipsters (it would be kind of disturbing if they weren't and just went roaming around on their own, really).

I am kind of ambivalent about this whole thing: my current beard preceded, if not hipsterdom itself, certainly my discovery of hipsterdom. At some point someone expressed a wish that I grow a beard, at about the same point that I began expressing the beard myself. It didn't take much effort, after all.

Beards, for Gillette, et al, are a problem: they just kind of take care of themselves. If you let them, they will pretty much develop their own shape and form, and require little to no bother on the part of the wearer. Many beards develop a natural fork in them. Hairs in a beard, curiously, will tend to tumble down to the one height, as if they had been using a ruler and squared themselves off at that point. And they have a texture quite unlike any other hair on the body: the hairs get all mixed up and form a dense map and are rather - sproingy. For this last reason, beards are extremely useful for putting objects in, which can then be removed at parties or to impress small humans and irritate adults, at the beard owners leisure.  And they are a natural opportunity for chaps such as myself to express our natural sympathies with the animal world; ie, my cats have whiskers, which please me greatly. Why can't I return the favour?

The trend for beards won't last, of course. Gillette are just opportunistically trying to cash in on the end of a fashion and looking at the - er - cutting edge of the next one. Thinking about the manscaping trends of the nineties and noughties, one dreads to think what will next be expected of us chaps. On the whole, when it comes to the question of whether to cut off bits of myself or keep them, I fall in favour of the latter proposition. In the meantime, I will continue to manifest my hirsuteness in all companies, whether I sleep under bridges or not.
Posted by TimT at 9:37 pm No comments:
Email ThisBlogThis!Share to TwitterShare to FacebookShare to Pinterest

I can't hear you over my thoughts!

Too understated  to be a whisper.

Even quieter than your audience.

Making less of yourself.

Unassumingly unassuming,
Posted by TimT at 9:14 pm No comments:
Email ThisBlogThis!Share to TwitterShare to FacebookShare to Pinterest

Well, my entry for the latest Speckled Potato poetry competition (write a poem from a cranky pet to its owner) wasn't accepted, so now it is free! Free! Gloriously free! Here it is now, and, as they say in the classics: don't worry, this will all be over in a moment.


Frae a mouse
Gigantic honking human bastard
In whose perfumes the room is blasted,
Your southern winds for years have lasted -
Cutting cheeses?
Would it were so, I'd have breakfasted
On your breezes.

Your odours are beyond proportion -
Is this some form of pet extortion? -
Think of my snout and its small portion
Ere you let fly -
Pray, Sir, to exercise more caution,
Or I die!

(Original Robert Burns poem for contrast).
Posted by TimT at 10:39 am No comments:
Email ThisBlogThis!Share to TwitterShare to FacebookShare to Pinterest

Words sometimes make me think of Max Bialystock's encouraging phrase to Leo Bloom: "Kid! There's more to you than there is to you!" Same with words: even when you can't use them, you can use them. Just this morning I burst out into the back garden at 7 o'clock to let the chooks out, I ran smack bang into a pleasingly absurd phrase: "It gets early so early these days". On one hand, it makes no sense at all; on the other hand, you know what I mean!

This phrase pleased me so much that I came up with a list of iterations on the same theme:

End of winter: It gets early so early these days!

Beginning of winter: It gets early so late these days!

Daylight saving: It gets late so late these days!

Return to standard time: It gets late so early these days!

Jetlag: It's too early to be too late over here, even though it's not too late to be late back home.

Long story old man, but let's finish it this way: some people say words aren't any good at all. But they really speak to me!
Posted by TimT at 8:03 am No comments:
Email ThisBlogThis!Share to TwitterShare to FacebookShare to Pinterest

Just put down the haiku and step away from the computer, Tim! It's not worth it!

I should be working.
Moving cat from lap to chair,
I get lunch instead.

Back on lap again.
I surf the net for cat pics.
Real cat purrs, content.

Lap starting to hurt.
Work almost due. Cat sleeping.
Well, this is awkward.
Posted by TimT at 9:54 am 3 comments:
Email ThisBlogThis!Share to TwitterShare to FacebookShare to Pinterest

A haiku about priorities 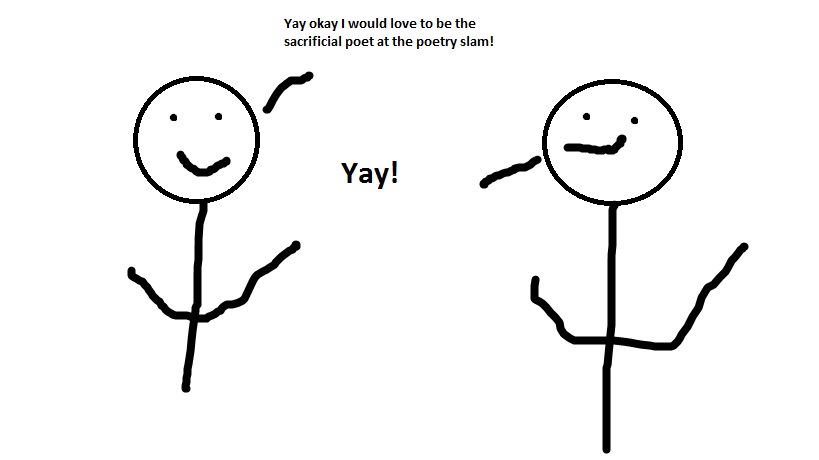 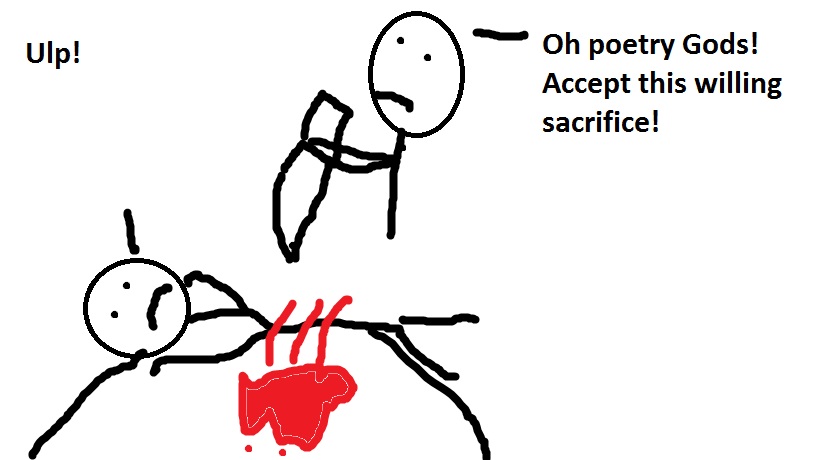 Posted by TimT at 9:17 pm 3 comments:
Email ThisBlogThis!Share to TwitterShare to FacebookShare to Pinterest

IT'S OFFICIAL - important sociological studies conclude that the worst names to call your child are Penelope or Matilda.

These children, the study says, are amongst those most likely to become involved in blackhearted blackguardry, deadly double dealings, fearsome and fretful fates, miserable misfortunes, and alliteration.

In the words of the study:

The miserable Matilda heaved back her sobs, as the pirate captain, who had vowed to make her his bride, hurled her into the vault. Were she not bound and gagged, she would be able to tell him the terrible truth, the salacious secret that would surely release her from her pitiful plight - that he was her long lost son!

Later in the study's conclusion, we find out that Penelope fares even worse:

O, wretched, wretched, wretched world, sobbed Penelope!  For had not she, just now, discovered that her one true beloved, the dashing and daring Sigmundo, had been entombed by his rival suitor for her affections, the palsied, pox-ridden, and putrefyingly repugnant Petruccio? And yet, she dare not speak - for the very life of her mother depended on her silence!

On the other hand, as the study points out, it's quite fine to call your child Bumface or Scrotumfeatures. So there is that.
Posted by TimT at 8:39 pm No comments:
Email ThisBlogThis!Share to TwitterShare to FacebookShare to Pinterest

Scruffy and the Wind

Scruffy and the Wind: a two person dialogue in which only one person speaks

SCRUFFY: *Stands about in the garden in the middle of the howling wind scratching himself just generally not giving a shit*.

FIN
Posted by TimT at 7:59 am No comments:
Email ThisBlogThis!Share to TwitterShare to FacebookShare to Pinterest
Newer Posts Older Posts Home
Subscribe to: Posts (Atom)