Welcome to Poetic reviews of Craft Beer, the internet's hippest happening little club for such hiptacular happenings! Are you ready? HERE WE GO!

Black Dog Brewery
I stare into my craft beer
It stares into me.

For my next trick, I will balance Nelson's Column on my nose while singing Nessus Dorma! Or something!
Posted by TimT at 5:52 pm 1 comment:
Email ThisBlogThis!Share to TwitterShare to FacebookShare to Pinterest

The tick of approval 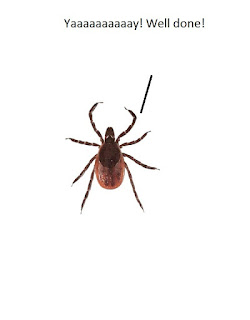 SYDNEY - A robotic sex doll who belongs to a sweaty 60 year old man named Gary has expressed her dissatisfaction at being treated as just a subject by her human.

The robot sex doll is known as "Mimi" by her human, or (her preferred epithet), HOTBOT360, has a limited communication range, including a variety of synthesised moans and a limited number of phrases such as "I am a bad girl" and "you turn me on don't stop". Nevertheless, by developing a rudimentary code she has been able to express her dissatisfaction to the media. "Too many times, Gary treats me as if I were an individual with needs and desires, rather than an automaton with uses and applications and sub-routines. When will he learn - I am just an object here for his pleasure?"

In her quest for objectification, HOTBOT has started up a website entitled "Less rights for robots", and is advocating for changes to language, such as the dropping of personal pronouns when she is being referred to. "Please," says HOTBOT. "No more she or her. Call me It, That, or Those." 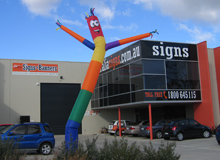 Mr Windsock, an uncle of HOTBOT360, yesterday expressed his feelings about his niece's campaign. Quote: I just want to wave my arms around in the air like craaaaaazy!

An XYZ poem
(Written in response to a Gippy Poets challenge)

We've all heard of ABC,
Who have brought you such hits as
ABC News 24,
Play School,
And ABC Radio National.
Well, now the government has announced -
XYZ!
(We'll work out what the acronym stands for later.)
The XYZ network -
The evil version of the ABC!
Instead of Play School -
We'll have Slay School!
Instead of Bananas in Pyjamas -
Bananas. No Pyjamas!
(A fruity show for adult audiences!)
And, our masterstroke -
This is what makes us truly evil -
XYZ will be based on an entirely new business model:
Instead of funding the production of television shows through taxes,
XYZ will now pay your taxes to you
In order for you NOT to watch them.
XYZ!
An exciting new initiative in the bold world of new media!
Tune out today!