We'll be in lockdown forever, but cats are nice!

The new COVID variant that turns us all into blood sucking vampires poses a significant risk to health and safety, but daffodils are in season!

The sudden appearance of angelic armies in the skies would seem to indicate the Day of Judgement is at hand, but I have a box of Roses Chocolates, and I saved your favourites!

The bathroom is dirty and will have to be cleaned, but here is a picture of a puppy! 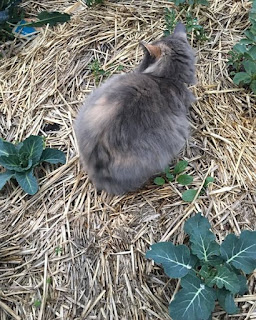 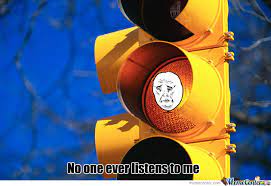 Er... danke, australischer Ampelmann!
Posted by TimT at 7:48 am 1 comment:
Email ThisBlogThis!Share to TwitterShare to FacebookShare to Pinterest

THIRD QUARTER IN THE COVID CUP

BIFF: We're coming back to you now, in the third quarter of the COVID Cup, and Rugger, I know Victoria are the crowd favourites here, but I just don't think they can come back to win the cup.

RUGGER: I think you're right, Biff, but then, COVID is a game of ups and downs, and you just don't know what's next around the corner, if you get my drift.

BIFF: Let's look at the stats for these two teams, Rugger.

RUGGER: Pulling up the table now.... as you can see, Biff, Victoria's performance on the spreadsheet last year was just off the charts, they notched up a whopping total of lockdown runs on the scoreboard, and no other team was able to knock them off their perch.

BIFF: No, although NSW did try to close the gap, including that memorable late northern beaches lockdown in December. But...

BIFF: You can just hear the Victorian crowd, they're practically raising the roof, they haven't lost their enthusiasm at all!

BIFF: He just keeps on lockin' 'em down, Rugger - before the break, he scored them a precious Fifth Lockdown, keeping their hopes up.

RUGGER: One hundred and ten per cent, Biff.

BIFF: It kept the Victorian crowd happy, but it's just not going to be enough... that NSW lockdown score is just too much.

BIFF: He's lining up for another lockdown, Rugger!

RUGGER: He's got them to this place, Biff, they just need to position themselves in the right spot so they can get just that little bit further, and....

RUGGER: Victoria is still in the running, Biff!

RUGGER: They're still in the running.... they're not letting go of the bat for one minute!

RUGGER: It's checkmate, Biff, but that's not the end of the story!

On not being in denial

Apparently, society is 'in denial of death'. We get told this so often, and with such frequency - that we are in 'denial of death', and that we never talk about dying, and that why aren't we talking about dying in morbid detail right now, or if not now, two seconds ago - that one starts to suspect the motives, and indeed the veracity of the speaker. Are we really 'in denial of death'? Or are the people telling us that we are 'in denial of death' themselves in denial of our not being in denial of death?
Then there are the people who do more than this, who not only say that 'we are in denial of death', but who will open their conversational gambit, in the manner of a flatmate drawing attention to one's cleaning roster, by saying 'we need to talk about death'. (And if there's one thing I'm in denial about, it's the cleaning roster - any cleaning roster, really.) Really? We need to talk about? Right here over the dinner table? Just when I was about to bring out the steamed sheep's brains?*
Perhaps all these professional gloom-mongers and harshers of the collective societal mellow are themselves afflicted by a want, or perhaps more a wistfulness - a wistfulness for a world in which you can announce 'society is in denial of death' and be instantly feted with applause and veneration for their profound insight - rather than the actual world, where all such an announcement does is cause another social death, the death of any wish of people to be around you whatsoever. For it's quite one thing to talk about death and dying - in fact, a topic of some conversational fascination (you can barely open a book or watch a film without some character dying of some extremely hideous and therefore extremely interesting cause). But it's quite another to talk, seemingly endlessly, about how we don't talk about death and dying, and thus never get around to talking about the actual thing.
It is, I suppose, a victory of the theoretical over the practical. Why talk about the real thing when you haven't actually done it yourself? And once you do, you can't actually talk about it, either. Bit of a problem.
It's probably what Sartre meant: Hell is other people.... going around, talking about how we are in denial of death and dying, for eternity.
*My wife's a vegetarian. I wouldn't really do that.**
**Unless you start saying 'our society is in denial about....'
Posted by TimT at 10:05 pm 1 comment:
Email ThisBlogThis!Share to TwitterShare to FacebookShare to Pinterest
Newer Posts Older Posts Home
Subscribe to: Posts (Atom)