In the beginning was the code

Are selfies really real?
Who's the I behind the Pod?
What's the G in OMG?
Is it Gosh or is it God?

Do we float in cyberspace,
Random bits and bytes and blogs,
Are we acronyms and coding
Amidst pics of cats and dogs?

As we peer into your Facebook,
What's the status to your Status?
Has it gone the way of MySpace?
Do you know but won't update us?

In the far far distant future,
Our accounts long since deleted,
Will someone leave a comment?
Will we be (perhaps) retweeted?

We are pixels built on pixels,
But still I hear the call
To find that perfect YouTube
That will explain it all.
Posted by TimT at 10:22 pm No comments:
Email ThisBlogThis!Share to TwitterShare to FacebookShare to Pinterest

This day, 30 November 2015, marks the 100th anniversary of the official passing of the Women's Mansplaination Act in Australian Parliament. This important bill gave women everywhere the right to listen to men giving fulsome explanations of things they already knew. Isn't history great?
Posted by TimT at 10:23 am No comments:
Email ThisBlogThis!Share to TwitterShare to FacebookShare to Pinterest

"The National Endowment of Artistic Grief, or NEAG, will revitalise the artistic community, providing them with plentiful supply of delicious grief, torment, agony, and pain for the years ahead", said Mr Turnbull in a statement yesterday, adding that "this precious chalice of depression, desolation and despair showed that the Coalition government was the true friend of artists in Australia."

However, Bill Shorten hit back this morning, claiming that "this fresh supply of artistic tears is taking away from the pre-existing Australian Foundation of Artistic Sadness, and proves that once again the conservatives are ripping off valuable artists." He added: "If elected, a Labor Government will ensure all Artistic Tear stocks are returned to AFAS, along with the addition of fresh grants of sadness for our long-suffering artists."

The statements by Turnbull and Shorten were met with dismay by the artistic community, with artistic leaders sobbing plentifully when asked for responses to the new National Endowment of Artistic Grief policy.

"It's not enough!" claimed one artist.
"It's just too much!" claimed another.
A third artist asked for handkerchiefs.
A fourth artist said: "These are not true Australian tears. I have it on good authority that these tears were made in European sweatshops by underpaid artists. Why aren't we paying Australian artists to cry on our behalf?" before bursting into presumably demonstrative tears.

Rumours that Malcolm Turnbull is actually drinking cocktails of artistic tears out of a golden diamond-encrusted beaker have been unsubstantiated at time of going to press.

However, when contacted by the media, he did make slobbering sounds while licking his lips.
Posted by TimT at 11:15 am 1 comment:
Email ThisBlogThis!Share to TwitterShare to FacebookShare to Pinterest

One iott or one tytle of the lawe shall not scape. - Matthew 5:18, the Tindale Bible

"I like the idea of a whole class devoted to dots", I said in my German class the other day. Everyone laughed; they all thought I was joking. (I usually am). Actually, I was being serious. (I usually am. It's possible to be both).

It often comes down to a matter of the little dots and spots around the letters and numbers, I find. Every alphabet must have a use for those teeny-weeny dots that hover above or under or around the other letters, whether they be a full stop or an accent or a dash between the letters or those familiar spots hanging above the lower case 'i' and the lower case 'j'. 'Tittle' is the lovely technical term for these dots. What business do they have, defying gravity above their letters, anyway? (What business do I have, for that matter, thinking of the letters as standing upright? Books are often meant to be held more horizontally - surely the letters are depicted as horizontal?) And then there are the little dots below the question mark and the exclamation mark - ought we to expect them to fall away or to one day be helplessly crushed beneath the weight of the respective marks as gravity asserts itself?

It is possible to derive an endless amount of amusement from a couple of little dots on a page or a screen; however, the Germans seem to do it better than most of us. Not only do they have all the usual full stops and hyphens and tittles, but they have the semi-inverse colon, better known to you and me as the umlaut. You know, those two little dots above most of the vowels. My enthusiasm for umlauts is immoderate in the extreme, even though I cannot ever quite remember when to put them in*; however, it's in the matter of numbers that they manage to really confuse everyone.

Whereas we would signify a decimal place with a sensible dot (period, full stop, tittle-without-a-letter-to-bother-it, or, in German, punkt), the practice in die Deutschland is to pop in a comma in that same spot. Meanwhile, in the middle of a long number, where we would tend to place in a comma before every three digits for clarity, the Germans mostly don't bother - either spacing the digits apart, or putting in a - well, I'm afraid to say, a punkt. Got that? So where we use a full stop, the Germans use a comma, and where we use a comma, the Germans use a space or a full stop. Oh, and another substitute I hadn't been aware of: our symbol for division - '÷' - which Google informs me is known as 'the obelus' - is replaced, in German, by a colon (or a retrograde umlaut, or a retrograde-semi-inverse-colon**).

Full stops! Commas! Umlauts! Colons! Periods! What with all these blots and blobs and dots and dashes splotting and clashing into one another, it's a wonder we don't see them getting into one another's way and the punkts start groping the tittles and an asterisk and obelus get into the magic potion again and begin causing merry havoc in the marginalia. Anyway, that's about all I wanted to say, but while we're on the subject of dots and dashes and punctuation, can I just put in a word for spotty animals? There's nothing nicer than a well-punctuated animal, I find, and did you know, it's not just spotty coats many animals have; both our cats have a dot in the roof of their mouth. Occasionally when they yawn I see it, and I can't help but murmur to myself: "Hmm, yes. Good punkt. Very good punkt indeed."

*I suppose I could just start off by putting a couple of umlauts at the top of the page and letting the letters come in later.

**I may have made some of these terms up, but they are totally accurate.
Posted by TimT at 9:21 am No comments:
Email ThisBlogThis!Share to TwitterShare to FacebookShare to Pinterest

YALE, MONDAY: College students in the US have denounced college as cultural appropriation, taking to the streets to protest against themselves.

"We hereby call on ourselves to denounce ourselves for appropriating this ancient Latvian tradition and thus perpetuating systemic racism," said the spokesman for the students, before the protesters renounced college immediately.

An argument against self-expression

Don't talk. You'll give too much away.
Let other people guess -
You think too deep for words, they'll say -
Repress, repress, repress.

Maintain your peace. Be almost still,
A gentle soft caress
Of fair winds on a distant hill -
Repress.
Posted by TimT at 10:43 pm No comments:
Email ThisBlogThis!Share to TwitterShare to FacebookShare to Pinterest 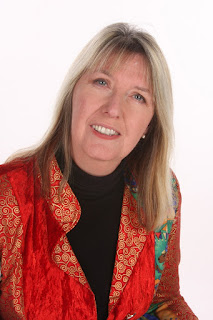 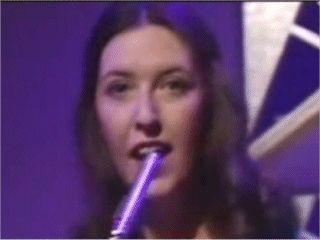 Posted by TimT at 11:34 am No comments:
Email ThisBlogThis!Share to TwitterShare to FacebookShare to Pinterest

Big dogs: when sniffing a little dog's bum, allow a grace period so the little dog has time to swirl around and give your own bum the appreciation it deserves.
Posted by TimT at 9:41 pm No comments:
Email ThisBlogThis!Share to TwitterShare to FacebookShare to Pinterest

Oh, sod off with your Dark Side and your Light Saber and your Yoda says something profound with customary mixed up syntax. Sod off with your epic mythologising of deep import and your important myths of epic significance and your storm-bloody-troopers. Whatever happened to Star Wars: the missing years? EPISODE  1003: Luke Has A Really Bad Cold And Uses The Force To Make A Cup Of Coffee Because He Can't Be Arsed Getting Out Of Bed. EPISODE 2406: A Stormtrooper Is Really Pissed Off Because He Hears This Persistent John Williams Theme In His Ears Every Time He Marches Down The Corridors Of His Imperial Craft To Go To The Toilet. EPISODE 991: That Alien Jazz Band That Plays That One Time Are Invited To Play A Set On A New Death Star That Has Just Been Opened As A Tourist Resort But They Have To Turn It Down Because They Have To See The Doctor On That Date.  No, I have no interest in seeing the latest episode in which the Empire Strikes Back Yet Again and things will probably all end alright anyway. Yes, I'll probably end up seeing the stupid thing anyway. Baaaaaarghh!
Posted by TimT at 11:19 am No comments:
Email ThisBlogThis!Share to TwitterShare to FacebookShare to Pinterest

Just how do you make a chicken eat medicine*? Normally it's easy to feed a chicken; they eat anything. Though strangely, an exception to this rule develops when you feed them medicine: they won't eat that. It's not that they dislike the taste of the medicine - they'll take a few pecks and then leave it aside.

So, you mix the medicine in with anything. All of a sudden, the chicken develops another strange aversion: they'll eat anything they're not supposed to eat.

Then, another possibility arises: company! There's nothing that excites a chicken to eat better than the company of others. In that company, the chicken will quickly scramble to eat as much as it can, excited in greed by the rapacity of its friends, and envious of any small crumb that should make its way down their beak. So, you call all the chickens to the back door, and turn the chicken out with its flock and lay down the medicine there. A fluster of feathers descends upon the food and you observe the results with pleasure. Surely, now the chook will digest its prescribed elixir! And with dismay you watch every chook but the chook you want to eat the medicine, actually eat the medicine.

I ask you. Chickens. They're almost as contrary as bloggers.

*It's just a calcium supplement to ensure sturdy eggs, chicken lovers! Nothing to worry about!
Posted by TimT at 9:20 am No comments:
Email ThisBlogThis!Share to TwitterShare to FacebookShare to Pinterest
Newer Posts Older Posts Home
Subscribe to: Posts (Atom)