MUSIC: Away in a Manger, played on soft strings. The SCENE is the Garden of Eden. ADAM is making something over a fire, and EVE is setting places round a stone table.

ADAM: Hmmmm... the pudding's going to need some more plum brandy, and as for the custard.... well....

ADAM: (Irritated) It's nothing, Eve. So, I suppose if we ask the ducks nicely, they might be able to give us some eggs, and.....

EVE: But maybe if I moved the hippopotamus, that would clear up several spaces over there, and.... oh, come on, spit it out. I know you're going to.

EVE: Oh, don't be like that, Adam - talk to me! Remember when you used to talk to me about your problems?

ADAM: (Shoulders slump) Eve, Eve. It's just.... why do we even celebrate Christmas?

EVE: Not this again! Come on, Adam - we have to! It's TRADITION!

ADAM: Of course, of course - and in this diverse, multicultural world we live in, I respect everyone's traditions, I really do. But why this? What does it even mean? The pudding? The presents? The party? This obsession over places and who gets to pull each other's sodding crackers?

EVE: It's tradition, Adam. We've always done it this way. Since...

ADAM: Since that time that everything, the world, the creatures, us, even TIME ITSELF was created, just five and a bit months ago, give or take a day? How did we get to be so nostalgic for bygone eras all of a sudden, eras that we both know have never been?

ADAM: Well - it's not that I don't enjoy having a dinner party. But it just seems that this is the most elaborate dinner party yet - and we spend so much time fussing over who we sit the serpent next to, when we know that he'll probably either try to eat them, or....

EVE: (Sharply) He's YOUR friend, Adam, and don't you forget it!

ADAM: Are you sure? That's what the unicorn said for our last dinner party, and I don't think I've even *seen* another one since.

EVE: Well, she was particularly delicious.

ADAM: Oh my, yes. And, look, I understand love, really, I do, but.... (quietens) I do feel a bit funny about eating our friends like this. What if we tried vegetarian?

EVE: Well, you know I don't mind that when it's just the two of us. But try telling that to the lion! He's strictly a meat man. And the leopard and the wolf are even more strict, somehow! Remember that time we had the leopard over for dinner?

ADAM: Oh, I know. "How would you like your steak", I said. "Roar", they said. "You mean rare?" I said. Well, she got so angry she almost ate me! I couldn't even talk her up to medium roar, whatever that is!

EVE; Anyway. It's an opportunity to get all the family together again. And we haven't seen the LORD for ages.

ADAM: (Sighs with satisfaction) Yeah, he's awesome. And always so nice about it all.

EVE: Always the same: he wants us to choose. Isn't that thoughtful?

ADAM: All right, Eve. Have it your way. It is nice to have a big traditional family get together. I'll put the pudding on soon. And you know what the Serpent said to me the other day?

ADAM: "Adam, ol' mate", he says, "Have I ever told you about this amazing new diet they've just invented?"

ADAM: That's what I was wondering all this time! Anyway, he says, "Adam", he says, "It's called fructovorianism, and"....

A visual explainer of Christmas, to help clear up any difficulties 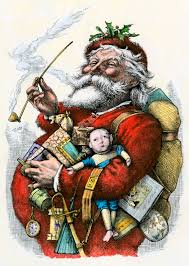 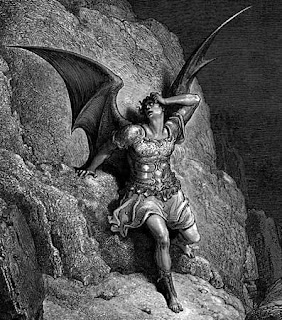 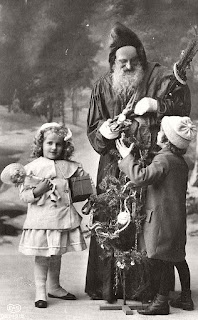 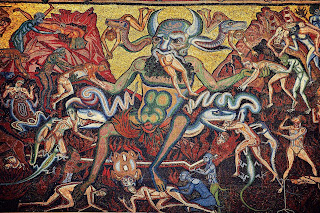 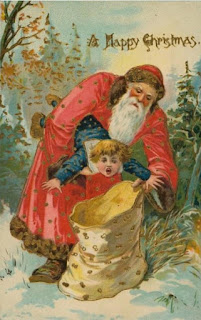 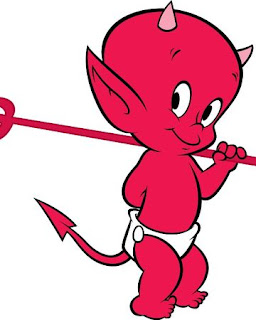 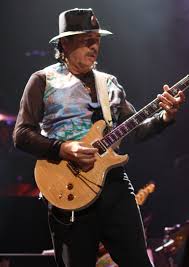 Thank you for your time.
Posted by TimT at 4:25 pm 1 comment:
Email ThisBlogThis!Share to TwitterShare to FacebookShare to Pinterest