It started as an innocent hippy colony, a getaway from the big city - now it seems that the once-idyllic life of small town Spoonville could be ripped apart by warring gangs, drug taking, crime, cult leaders, and spatulas run amok.

How could it have come to this for the previously friendly village of Spoonville? Part of the answer lies with the shady history of the charismatic leaders who first set out to form this spoon colony. One of them was the famous "Mr Big", so named because he was a Big Spoon. Mr Big lead a sizeable contingent of his fellow spoons to settle in Spoonville in the early days. But what did his followers really know about his past? "He said he was just an ordinary spoon, who used to stir cakes," says one former member of the now notorious CHURCH OF MR BIG SPOON. "But he was really being used to stir the pot." 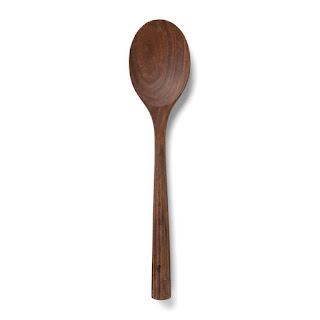 Divergent sects of the once tolerant Spoonville community soon emerged. Some were strict cutlery drawer separatists, insisting that forks and even ladles be kept out. Others insisted there was nothing special about spoons, and anyhow, they'd prefer the company of a salad fork to some of their fellow spoons. Simmering tensions soon flared to outright hostility when a family of sporks moved in - the Spoon Separatist Movement felt it was an attempt by the forks to infiltrate their town. 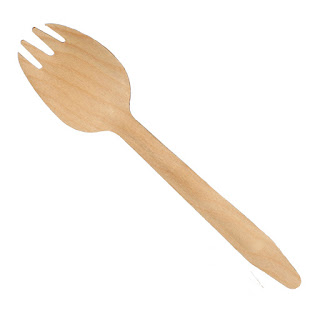 Are you a fork, or are you a spoon? Make up your mind!
Violence, prostitution, drugs
Driving around the streets of Spoonville now, the signs of urban decay are everywhere. Gangs of knives face off at the street corner. In one shady lit alleway, lie a couple - spooning. Meanwhile, a spatula sits hunched over a teaspoon, holding a flame under it.... a sure sign of opiate use. It is a sad sight. It seems for many inhabitants of this once proud rural village, there is no hope for the future. 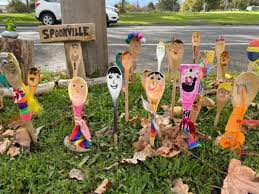