On the theoretical improbability of salad

Salad does not exist probably. Have you ever walked in one direction and been met by a salad walking in the other direction? Have you ever been in the dark woods at night and heard the fierce call of the wild salad, out hunting its prey? I didn't think so. The truth is, I have come to suspect that salad is entirely a myth, an invention of... someone. The salad industrial complex*, I guess. I am not a crackpot.

Perhaps you are one of those people who claim to have eaten a salad. Perhaps you have a salad in your fridge at the moment. Go and open up your fridge and look at this so-called salad. What do you see - an actual salad, or a collection of vegetable matter, incongruously placed in the one bowl? Exactly.

Once upon a time, I tried to make a salad. I suppose we have all been down this dark path in our lives, this Attempted Making Of The Salad. I cannot recall exactly how I tried to make it; I suppose I have repressed the memories. But suffice to say that I threw in a few green and leafy things, and tried to balance it out with a few nutty or fruity things, and last of all, attempted to finish it off with The Dressing. The results were, I must say, unconvincing: the constituent elements hung there, in the Attempted Salad, like constituent elements, not once cohering into a mass that was clearly Salad. Naturally enough, I tried to do that other Thing that they tell you to do when you want to make salad, which was toss it. So... I got out some plastic implements from the kitchen drawer, and chucked it out a bit. The results were no more closer to the object desired than before; in fact, the constituent elements seemed to have a distressing habit of falling apart completely into their own groups, so that the leafy parts stuck up the top, and the nutty parts down the bottom, etc.

I have (I am ashamed to say) attempted the feat several times, and each time been thwarted: instead of producing proper salads, I have been unconvinced on each attempt.

Also it's nowhere near as tasty as cake. 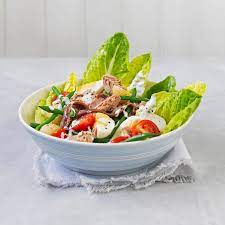 Fig 1: CGI generated image of what this proposed entity called salad would actually look like if it actually did exist which it doesn't probably.
*Hey, if feminism can attribute bad stuff to a nebulous entity called 'The Patriarchy', I can have this.