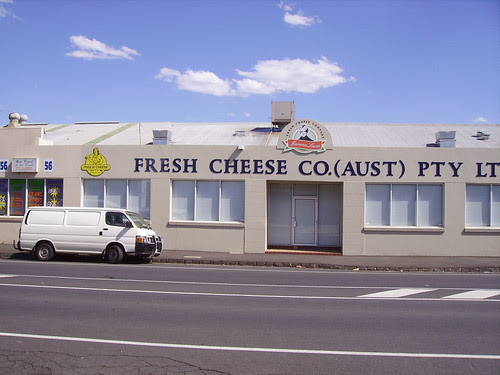 Yes, I have seen the light and joined the church of the LARD GOD and his only son, Cheeses!
He is the Lard of Ancient Israel and of Moulden Egypt; and he rules over all pasteurised and unpasteurised cultures, the world over!

And Stilton begat Gruyere, and Gruyere begat Ricotta, and Ricotta begat Bluevein, who WAS King of Babylon in the days of Brie the Conqueror. - Kings, Ch. 12, V. 30

In Cheeses name,
Forever and ever,
EDAM.

Posted by TimT at 6:36 pm
Email ThisBlogThis!Share to TwitterShare to FacebookShare to Pinterest

Whatever to say?? As to how you come up with this kind of stuff is totally beyond me, it still cracks me up every time. Well done!

You really should stop eating Limburger late at night.

I dunno, I thought it was kinda cheesy.

Oh stop, oh stop, oh I'm just far too funny for my own good. Someone pass the ventolin.

In all smeariousness, you're tagged. 6 weird things about yourself, though as I realise you're not really the personal-type-blogger, you can adopt a persona if you prefer. I look forward to reading your responses with suitable merriment, mirth and another word starting with 'm' that escapes me right now. Suggestions?

comic mummy - he's confined to only SIX weird things about himself?