WTFF news - artists run out of silos to paint

AUSTRALIA, Australia - an artistic crisis has swept the nation, as artists have finally run out of silos to paint on.

"Without any more silos to paint on, what will happen to the local arts?" says a local artist, after putting the finishing touches to her silo. "Clearly, the government needs to support artists more by commissioning more silos, which we will then paint."

"We will not rest until there is a silo for every paddock in Australia."

Meanwhile, others have called for there to be no more silos built, and for the existing silos to be simply re-used or for artists to return to using sheets of paper, but these others have been dismissed by other others as being idiots.

"We are mildly concerned", said a national citizen. 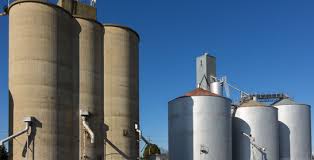 Fig 1 - Silos painted in an abstract style.
Posted by TimT at 6:18 pm
Email ThisBlogThis!Share to TwitterShare to FacebookShare to Pinterest