Good morning, and welcome to the final and penultimate installment in what has been an ongoing series and a one-off post, 'Tuesday morning objectification of puffins!' This morning, we have a wide array of puffins to look at as if they were objects, so let's get right into it! 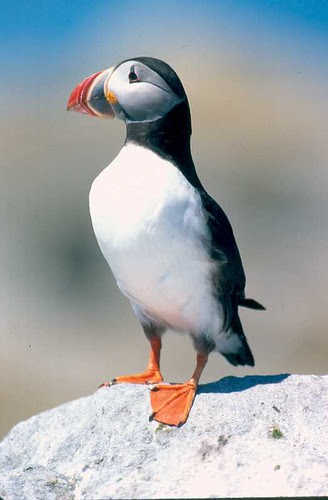 Here's a puffin who doesn't object to being objectified as an object. Far from objecting to his ultimate objectification, this puffin has made aforementioned objectification his objective object. And who are we to object? 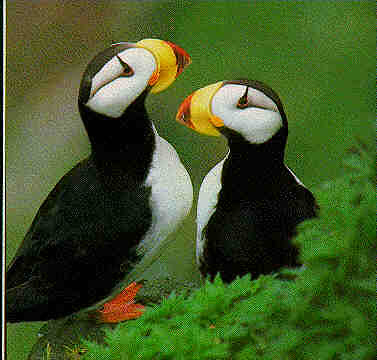 Two saucy puffins pause in a tantalising shape that looks just like some puffins, causing us all to think puffin-like thoughts! How about that? 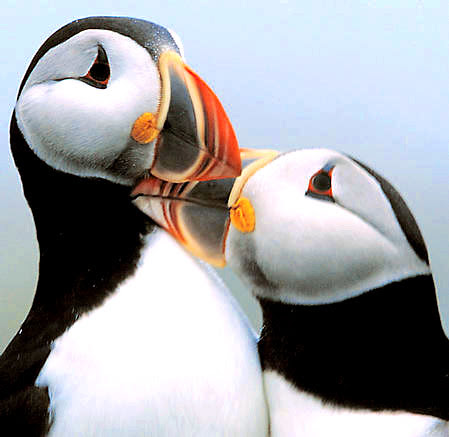 PUFFIN 1: I say! That's exactly what he did say! 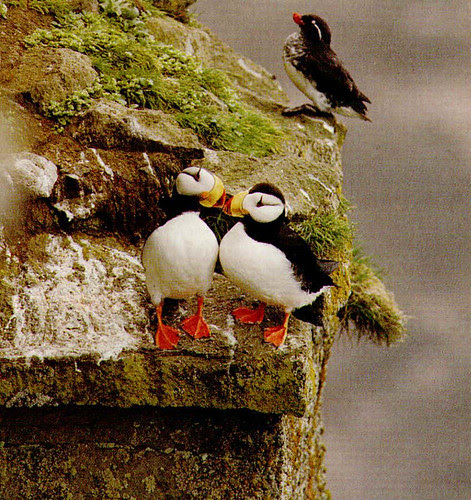 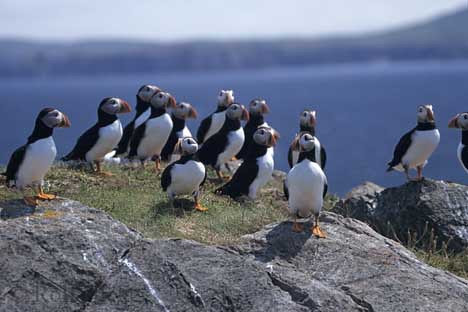 To sum up, here is a picture of the Queen, who is not a puffin, but, more importantly, not a subject either. 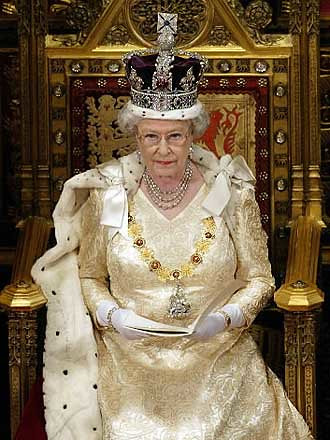 THE QUEEN: (In a cantankerous queenly voice) I am not a subject.
Thank you for attending this penultimate puffin post. Go off and do other Tuesday morning things now.
Posted by TimT at 7:50 am
Email ThisBlogThis!Share to TwitterShare to FacebookShare to Pinterest

"There is a hole in man's heart, and it is a puffin shaped hole, that nothing but a puffin can fill" - Pascal.

Why no mention of that great Polk Street pastime, peter puffin?

So little time, so many puffins to fit in!

That would be "penultimate" as in "second last"? So there'll be another puffin post? We in the House of Pedantio await with puffin breath.

Good morning, and welcome to the final and penultimant installment in what has been an ongoing series and a one-off post...

So this post is not only the first and the penultimate, it is also the final in this one-off installment! In other words, this post is a reiteration of themes which haven't arisen earlier, and a pre-emption of a post which will later not arise.

Is that all unclear? Good!

Clearly The Hun is a ruthless objectifier.
My frequently objectified chest puffed up with pride upon viewing your excellent photomontage of one of my favourite fowl. Bravot, timt!

Don't make fun of puffins or any of the penguin creatures!

They is wanting dignity and respect.

Is that too much for you to ask, or has you got Penguin Prejudice? If you has - Shame on You!

On the other penguin paw - many good puffin pics so thank you for a nice indulgence. I thinks you should do more. It was Penguin Awareness Day recently but there is more Globel Penguin Appreciation Days coming up where you could celebrate Penguins in the way they deserve. I thinks they would enjoy that and your blg would gain credibility. Win-win.

On the contrary, the reason I showed a picture of the Queen with the puffins was because I wanted to point out the fact that dignity and respect were qualities she and puffins shared. Indeed, it is her most puffin-like characteristic. In other respects, she is quite unpuffin.

Interesting I had never read something like that, it's very original knowing about puffins because it's something totally new for me.